“I have a good friend in the East, who comes to my shows and says, you sing a lot about the past, you can’t live in the past, you know. I say to him, I can go outside and pick up a rock that’s older than the oldest song you know,  and bring it back in here and drop it on your foot. Now the past didn’t go anywhere, did it? It’s right here, right now.  I always thought that anybody who told me I couldn’t live in the past was trying to get me to forget something that if I remembered it it would get them in serious trouble.”  ~Utah Phillips

22 May 1874, Milan.  Verdi conducts the premiere of the Requiem Mass he wrote for Alessandro Manzoni, the beloved novelist.  Manzoni wrote the novel The Betrothed that stands out as one of the great works of world literature and is credited with helping to solidify structures of modern Italian language.  Verdi admired him greatly and took a movement from an unfinished Requiem for Rossini — the “Libera me” — and created what would become one of the most loved, most famous choral works of all time.  It premiered in the cathedral in Milan; I was at the cathedral almost 125 years later to the day, but I can’t say that I was able to imagine the Requiem being performed there: I was wearing shorts and they wouldn’t let me inside. So I walked around the perimeter admiring the hundreds of chiseled saints that cling to its walls like barnacles.  I imagine those stony martyrs and mystics were pleased with what they heard on that day 125 years before: the work is so dramatic it’s hardly ever been used for liturgical purposes since its premiere, but saints are always unconventional and pretty dramatic themselves. In fact, if Wikipedia is to be believed, the work went nearly unperformed for a number of decades until it gained popularity in the 1930s — a popularity it has held ever since. 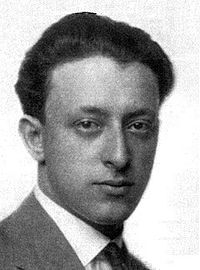 30 November 1941, Terezin/Theresienstadt Concentration Camp.  Rafael Schächter, a Jewish Czechoslovak musician and conductor, is imprisoned in the concentration camp.  Among the possessions he was allowed to keep with him were several musical scores, including Verdi’s Requiem.  There was a smuggled piano in the barracks, and playing it helped him to alleviate some of the pain.  Could it help others, too?  It did.  He organized his fellow prisoners into a choir, rehearsing them in the evenings after long days of useless toil.  With only a single score, he taught everyone their parts, which they memorized.  The Nazi leadership gave them permission to hold concerts — fully realized operas — which were not only highly acclaimed, they earned the choir members clemency for a time.  With his place in the camp somewhat secure, he decided to perform Verdi’s Requiem both to inspire his fellow inmates and to deliver a subtle message to the Nazis: You’d better fear Judgement Day, because your evil surpasses all.  Week by week, his choir diminished, whether through death or deportation, so that the piece became a Requiem that was by the Jews, but for them as well.  The work was such a success, ironically, that when the Red Cross and world leaders asked to see what life in a concentration camp was like, they were directed to Theresienstadt where they witnessed children eating ice cream and an incredibly fine choir singing Verdi.  Little did they know that the original choir had dwindled from 200 members down to 60.

Hangar 11, Tel Aviv. Our stage for the Requiem.

18 July 2012, Tel Aviv.  We awoke that morning to news that a bus transporting Israeli tourists from the airport in Burgas, Bulgaria, had been attacked by a suicide bomber, killing five Israelis and the Bulgarian bus driver, and injuring thirty-two others.  That night we (The Collegiate Chorale) performed Verdi’s Requiem in a repurposed airplane hangar along the coast in Tel Aviv in an artsy part of town.  It was my first time ever performing the Requiem, and we were conducted by Maestro Riccardo Muti, one of the world’s foremost interpreters of Verdi’s music.  I’m told that his mentor had a mentor whose mentor was Verdi, so in terms of the transfer of musical knowledge and genius, he’s kind of like Verdi’s great-grandson.  The manager of the Israel Philharmonic announced to the audience that the concert would be dedicated to those killed in the morning’s attack — respectful yet solemn applause. — and then we started to sing.  A older woman in the third row began to cry as soon as the music started, and I noticed a few others followed suit.  I looked at the woman for the duration of the entire concert; she never stopped crying.  I sang to her the whole time.  When we finished and walked back to our own buses, none of the singers spoke to one another, which was highly unusual.  It was clear to all of us, I think, that we hadn’t just performed a beautiful concert: we actually sang the Requiem as a Requiem, and it was a deep, powerful experience.

2006, Terezin.  Conductor Murray Sidlin assembles a choir at Terezin in the dilapidated hall of the concentration camp to commemorate the performance of the Requiem the prisoners gave for the international community.  He’d learned of the historical concert conducted by Schächter and was fascinated by the fact that such an Italian Catholic piece should resonate so deeply with the Jewish prisoners.  He interviewed survivors who had performed at that concert and they told him how the music gave them hope and courage, how simply rehearsing gave them something to look forward to in a place where everything around them reeked of death, oppression and misery.  In this commemorative performance the piece is performed with full orchestration, but there are moments when the orchestra drops out to allow the piano to play all the parts as it did for the entire work when Schächter’s choir performed it — as the survivors who attended as audience members could attest.  Sidlin would go on to establish the Defiant Requiem Foundation which would produce the concert in this way — reminiscent of Terezin — around the world.

9 March 2015, New York City.   I’ll be singing the Requiem for the second time, again with the Collegiate Chorale, but this time at Avery Fisher Hall and with Murray Sidlin conducting.  We’ll perform it as his orchestration of Schächter’s Defiant Requiem, not as the traditional Requiem that you may know (not that it’s so different musically, just a few poignant reorchestrations as mentioned above).  As we’ve rehearsed it these past few weeks, I keep thinking back to those performances in Israel and that woman with the tears.  I can still see her face, every detail of it.  I wonder why it should be that, for me, this piece — so utterly Catholic — should be so completely associated with Judaism.  Every time I will have performed it, it somehow ends up addressing anti-Semitism and is a direct response to cruelty, injustice and terrorism directed towards the Jews.  But then I read the news, and I cease to wonder why.  Anti-Semitism is alive and well, along with many of the other types of hatred that have been with us for so long.

There is something redemptive about Verdi’s Requiem.  It captures the fear of dying, the fury of Judgement Day, the impassioned pleas for salvation, both loudly insistent and quietly sincere.  You don’t have to practice any particular religion to feel the sway of its power; by the end you’re simply in awe of its enormous beauty.  Which doesn’t make it an antidote for evil — it obviously didn’t cause the Nazis to have a change of heart.  But it does provide a kind of sanctuary, as if God, in response to our singing “salva me fons pietatis” — Save me, fount of pity! — saves us with the Requiem itself.  He says, “Here, there’s a Requiem concert in March; just hang on to this.  I know you can’t comprehend all the wickedness you see around you in the world, but that’s okay.  Just hang on.”  And we do.  The piece is 140 years old, but still feels relevant and fresh

The past didn’t go anywhere, did it?

If you’d like to know more about the Defiant Requiem, click here to watch the documentary film and learn more.

2 thoughts on “The Past Didn’t Go Anywhere: Verdi’s Requiem”